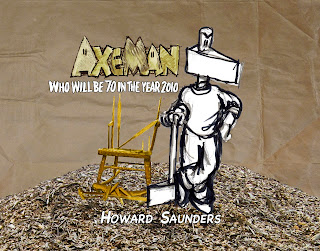 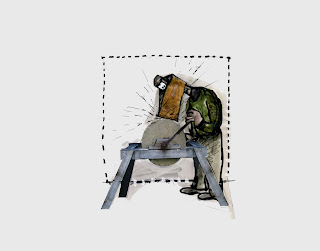 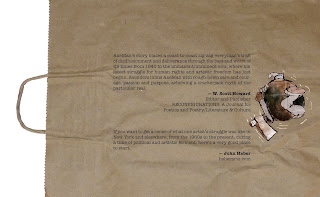 Howard Saunders has been an art director, creative director, animator, video producer, cartoonist, graphic designer—essentially a visual communication professional—since 1961 when he joined the US Navy, working as an illustrator of pilot safety manuals and assembler of aerial gunnery maps (his first attempt at collage).  Howard functioned in the commercial arena until 1969.  The assassinations of Bobby Kennedy and the Reverend Martin Luther King, Jr., as well as the war in , drove him into an eclectic, but never itinerant, career as a political artist.  In 1971 Howard enrolled in a graduate program at UCSD under the G.I. Bill.  (It was overlooked in the loosey-goosey early days of the adventurous and burgeoning art school—housed partly in Quonset huts—that Saunders had no undergraduate degree.  He had not been asked for any prior college records in an ironic application of don’t ask, don’t tell).  He was strongly influenced in both painting and film theory by his advisor, Manny Farber.  Howard’s inclination to become a cartoonist / painter was not well regarded by any of the faculty in the department—where conceptualism, deconstruction and color-field painting were de rigueur and during a time when coincidentally Phllip Guston had been skewered for turning toward that same direction, thereby losing his prestigious gallery, Marlborough in NYC—and was a factor in his decision to leave the so-called art world for a more political arena.  In 1973, in , he met two extraordinary men: Tony Mazzocchi (then a vice president with the Oil, Chemical and Atomic Workers Union) and Cesar Chavez.  They were both early ‘clients’ of the in , of which Howard was a founding member.  In 1977, Howard was recruited to work as an artist at the Labor Institute in (instigated by Mazzocchi) until his retirement in 2007.  For more information about AxeMan, click on the crumpled bag: